An Essay by Julianne Day Ignacio

I originally wrote this short essay as an assignment for my Media Theory course during my first semester of the Media Studies MA program at The New School. The prompt was to write about our favorite (or least favorite) type of medium. Some people wrote about their passion for film, their impatience with Twitter, or their complicated relationship with Facebook. I chose to write about vintage technology and the creative nostalgia that comes to mind when one thinks of the typewriter as both a tool for communication and as a conduit for a creative performative art form (i.e. writing impromptu poetry requests).

Long before personal computers, word processing software, and graphic design applications, the typewriter became a technological tool for advancement in the workplace as well as a new medium for creativity among writers. The typewriter revolutionized the way in which words were immediately transcribed from thought to print, thereby transforming the habits and methods of writers in their creative process, and introducing a way for women to join the workforce just before the rise of first-wave feminism in the late nineteenth century.

Marshall McLuhan is famed for saying that “the medium is the message.” In his book Understanding Media: The Extensions of Man, McLuhan dedicated a short chapter to the typewriter with a subtitle called “Into the Age of the Iron Whim,” in which he briefly described the typewriter’s early use among contemporary fiction authors and poets. These writers — Mark Twain, Henry James, and E.E. Cummings — placed their whims upon a page through the use of their iron keys. “The typewriter,” McLuhan wrote, “fuses composition and publication, causing an entirely new attitude to the written and printed word” (260). McLuhan would have also agreed that typography itself, as the medium created by the typewriter, is inherently a type of message.

The idea that typography can be viewed as a message in and of itself becomes clear in the poetry of writer E.E. Cummings, who deliberately stylized his name as “e.e. cummings” among publishers and used his typewriter to explore radical forms of poetry that broke the rules of conventional grammar, spelling, and mechanics. One such example is his poem, “r-p-o-p-h-e-s-s-a-g-r” in which Cummings rearranged the letters on his typewriter and employed the use of em dashes and parentheses to mimic the dispersion and hopping movement of the grasshopper, and to zoom into what the object actually is once it stops hopping and finally stands still: “r-p-o-p-h-e-s-s-a-g-r” which “rea(be)rran(com)gi(e)ngly” (rearrangingly become) “grasshopper.” Cummings used distinct breaks in syntax and line spacing, and employed punctuation as visual accents and cues to experiment with creating the concrete image of the specific objects in his poetry. “The poet,” McLuhan wrote, “much in the manner of the jazz musician, has the experience of performance as composition… At the typewriter, the poet commands the resources of the printing press” (260). Cummings composed an image using the typewriter — conjuring not only the concept of an object, but inviting readers to visually see the formation of a physical picture of the object in the published typewritten text on the page itself.

Henry James was another writer who used the typewriter as his medium for drafting the manuscripts of his fictional works. Theodora Bosanquet, worked with James as his secretary from 1907 until his death in 1916, recording and transposing his dictated thoughts on the typewriter. The word “typewriter” referred not just to the machine, but also to the person who was operating it. E. Remington and Sons, manufacturers of rifles and sewing machines, predicted that the person plying the typewriter would be a woman, and even went so far as to emboss floral embellishments on the casings of early typewriter models, so that the mechanism would seem more appealing to the so-called weaker sex (The New Yorker). According to the U.S. Census Bureau (as cited in the The New Yorker article entitled “The Typing Life”), women comprised about eighty-one percent of professional typists in 1910. The passage of the 21st Amendment, which granted women the right to participate and vote in the political process, would not come to fruition until more than a decade later. Theodora Bosanqsuet herself would later become the literary editor of a magazine, and she traveled extensively in support of women’s suffrage before eventually publishing a memoir of the years she spent working with Henry James (University of Michigan Press). As more businesses and writers increasingly used the typewriter to document their ideas and communicate their messages, the demand for typists helped bring more women into the professional workforce as secretaries. The 2012 French film, “Populaire,” for instance, depicts women’s rise in the workforce in the mid-twentieth century following the end of World War II with the lighthearted and humorous tone of a romantic comedy (Holden). The film follows the story of Rose Pamphyle, a young and optimistic girl from the countryside who decided that she did not want to marry and become a housewife, as her father kept urging her to do. Instead, Rose applied for a job as a secretary in a small provincial insurance company, competing with other young women for the position. Her accuracy and speedy typing skills inspired her boss to train Rose and enter her into a speed typewriting contest. After many conflicts between Rose and her boss, the two would eventually fall in love and Rose would win an international typewriting contest in New York City.

In recent years, female poets like Jaqueline Suskin and Billimarie Robinson (who simply goes by “billimarie”) would use the typewriter as an instrument to compose not just their poetry, but as a way to develop a “lighthearted connection with strangers” as they traveled (Chertock; Carse). Suskin would travel and teach students about the craft of poetry, and she would often sell some of her works on her online “poem store,” proclaiming that people can buy her poetry at any price they chose (Chertock). On the other hand, billimarie would sit down and meet with strangers in museums and type a poem for them on the spot (Carse). Personally, I think billimarie said it best when it came to explaining her passion for using the typewriter: “I love handwriting, but there’s something about the instrumentation of a typewriter… every letter matters, and there’s something beautiful about ink to paper, immediacy, poetry” (Carse). Just like Cummings, these two poets would use the typewriter to compose their art, and they understand that the act of composing these literary pieces is in itself a type of performance when they interact with strangers and share their poetry.

The motions of typing can be viewed as a kind of “instrumentation,” since the act of typing itself brings a certain set of rhythmic sounds as the writer presses the letters and symbols on the keyboard, along with the satisfying ring one hears as soon as the line reaches the end of the margin. As Jared Newman wrote in Time Magazine while reviewing Tom Hanks’s free typewriting app, Hanx Writer: “Typing on an iPad is not as satisfying as typing on a physical keyboard, which itself is not as satisfying as typing on a typewriter.” Each loud stab of a key signaled to the writer that work is in progress, and each ring of the carriage return brought out a feeling of accomplishment for the writer. Typing on a MacBook or on an iPad just isn’t as satisfying — aside from a light pitter-patter tapping sound their keyboards are more or less silent.

Although a person can be surrounded by various forms of finger-touch technology that empowers one to record notes with the gentle swipe or touch of a button, one can still feel nostalgia and appreciate the act of thinking out loud through the performance of loudly typing out thoughts. The typewriter remains one of my favorite types of mediums because it offered writers the advantage of creating ready-for-print manuscripts that simple handwritten script cannot provide, as well as allowed for leeway in the experimentation of poetry and prose. “The typewriter,” McLuhan wrote, “has altered English verse and prose, and indeed, the very mental habits, themselves, of writers” (260). The typewriter continues to remain a symbol of creativity, an innovative machine that was invented to push the iron whim of thought to the page, one step closer to publication. 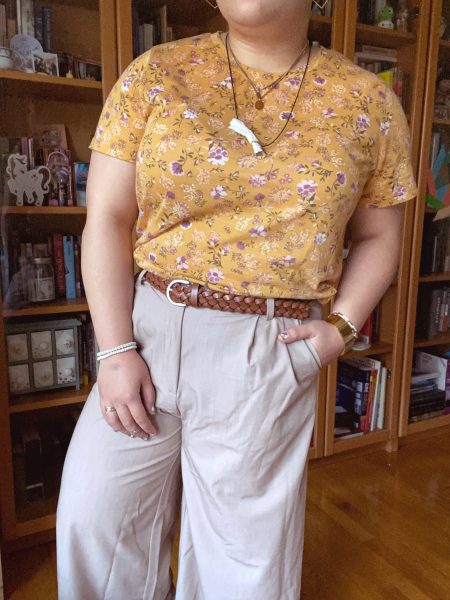 i don’t have the same skin anymorebut i still haven’t cleaned away the dust,which means my old skin sleeps comfortably under the bed and under..
Read More 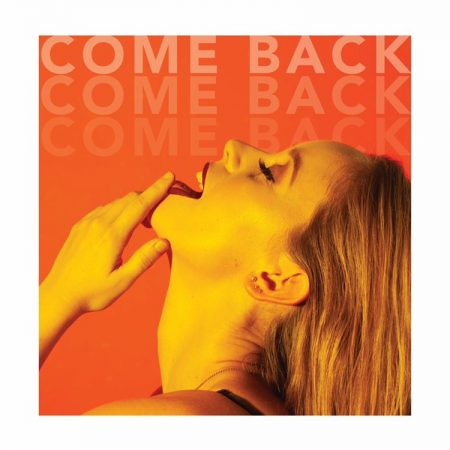 Every time Paola Proctor sends me a song I immediately drop what I’m doing and listen to it. Without fail, each of her singles has..
Read More

What if you wanted to do a few different things to switch up your schedule? Sometimes we need a change of pace and a chance to learn something new, whether it's a hobby or an insight about ourselves. Here are a few creative ideas to do that can expand ways of how you can view your needs/wants and turn them into indoor activities.
Read More
Never miss a story
For Creatives, By Creatives
Follow Verge of Verse on Instagram for the latest stories, articles, and visuals to cultivate your creativity.
Follow Us