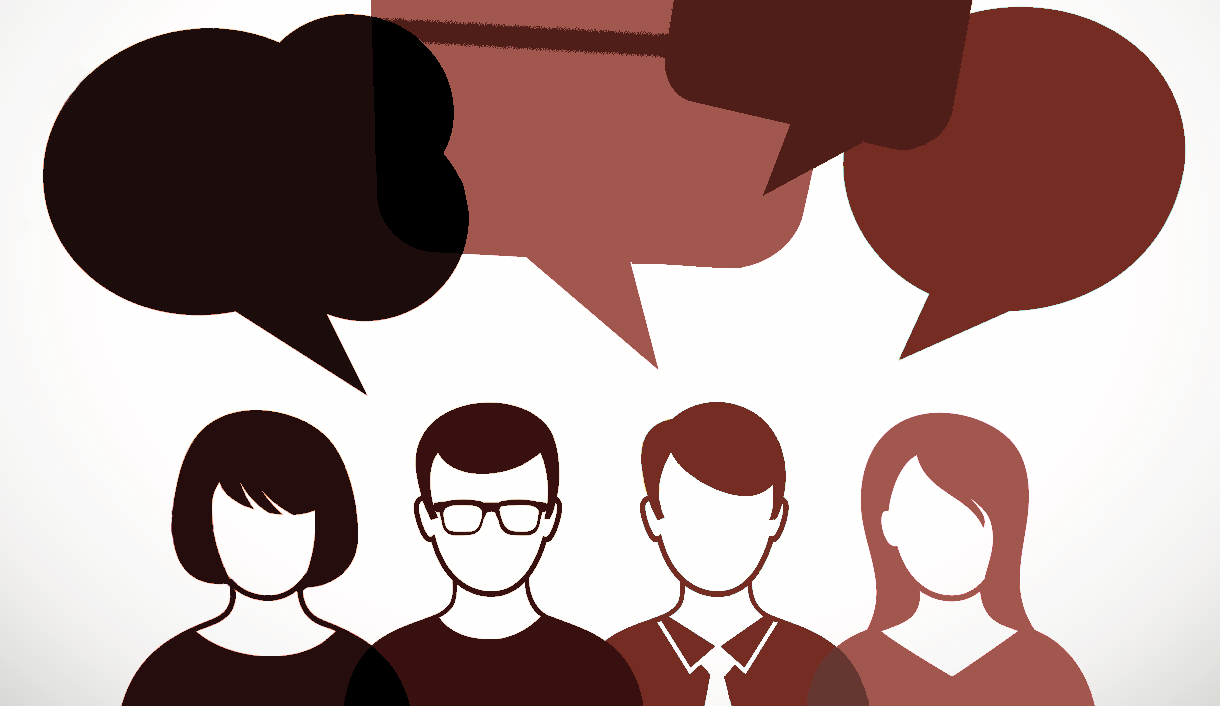 In Part 2 of “The Eloquent Speaker” series, we cover these types of conversationalists:

If you missed out on the conversationalists we had covered in Part 1, don’t worry — you can find them all here.

THE INTERVIEWER
“You will go home all talked out, but none the wiser about the person you just talked to.”
—Margaret Shepherd

I can make the argument that everyone’s favorite type of conversing partner is what we call “The Interviewer.” Most people generally love talking about themselves. Speaking with Interviewers are usually great because they initiate the flow of conversation by asking questions, allowing you to focus on answering rather than having you struggle to think of conversation topics.

Interviewers are the ones who initiate conversation, who ask the right questions, and are generally great listeners. They encourage responses from you to keep talking without revealing anything about themselves.

The Interviewer sounds great, but a downside is that towards the end of a conversation, you may feel guilty because you talked excessively. It was not an even exchange of interaction. You are all talked out, but you feel like you did not gain anything from your conversing partner. Your knowledge about the other person was not reciprocated, so you feel like the conversation was unbalanced, one-sided.

A more pessimistic approach of the Interviewer is that they can sometimes be seen as manipulative. They control the conversation just to gain knowledge (perhaps be useful to them in the future); we can all agree with Sir Francis Bacon that “Knowledge is power.”

If you’re guilty of always being the one who is answering to the Interviewer, look for these phrases:

That is your cue to give a short response to their question and then inquire about their interests, hobbies, and enthusiasms. You then ask them the same questions, such as “And how do YOU feel about that?”

Make sure you leave the interaction where your conversing partner is not completely disguised behind a mask.

If you’re the Interviewer, you must definitely have some Talk Show/Radio host skills. It’s truly remarkable to be the one who helps conversations flow to avoid those awkward silences people always encounter.

Personally, although there are some downsides to being an Interviewer, I would say this is one of your many assets if you possess such qualities. You make people feel fascinated about themselves and by asking questions you allow them to delve deeper into their thoughts, having them put together an answer to your question that sounds satisfying.

Just make sure your moral intentions are there. You don’t know it, but you are actually contributing to one’s mental health by your invitation to be a listener. By being a listener, you are building that bond of trust with them. If by any means you break that trust, you will be considered the type of Interviewer I pointed out in the pessimistic approach, one who is manipulative.

THE BUTTON PUSHER
“Even the nicest people have their limits.”
—Unknown

The button-pusher is someone who looks for hot-button topics in any conversation and continues pushing them. Margaret Shepherd refers to them as a “true quarreler” or someone who constantly puts you on defense mode.

There are two types of Button Pushers: the ones that are aware, and those who do it subconsciously without knowing. We typically ask ourselves “Why do intentional Button Pushers like to create heated conversations?” I tend to get a whole variety of answers from different people. The intentional Button Pusher’s typical responses would be “I like to play ‘Devil’s Advocate’” (*rolls eyes* okay). Some would say, “It makes interactions interesting because you get raw reactions from each speaker.” Others would say, “It’s a form of amusement or entertainment.”

We then have the unaware ones that run with their emotions, the ones that talk without tact and share their unfiltered thoughts, speaking what’s on their mind without consequence or sensitivity. Their tone usually sounds like an accusation.

Common phrases would be:

How to deal with Button Pushers? It’s easy. How Shepherd simply puts it, “Don’t let this person push your buttons or make you argue back or cave in. Display a kind of neutral, amused detachment and change the subject (Shepherd 73). However, it’s easier said than done.

I have that one vegan friend who just pushes me to the point where I just want to eat a Quarter Pounder in front of her face. One day as she is eating her gourmet tofu dumplings, she comments the chicken on my Caesar salad. “How can you stand eating that?” with a look a distastefulness. I just wanted to sneak a sliver of chicken in her dumpling but held back. It takes a great deal of discipline to bite your tongue and calmly respond.

Shepherd makes an excellent point where this kind of interaction depends on whether is suitable for your relationship with that person: “You can appreciate them if you learn to treat their aggressiveness as part of a back-and-forth racquet sport” (Shepherd 74). Some intentional Button Pushers can be jokesters who enjoy annoying you. For as long as that type of interaction is acknowledged by both parties, it is definitely acceptable and forgiving.

One can easily detect a Bore. No one wants to initiate conversation with them or join in their social circle. They are guilty of tiring you out, forcing your eyelids to go heavy while trying to stay focused. You constantly catch yourself sidetracking to irrelevant side-thoughts.

How to deal with Bores? The simple solution is to remove yourself from the situation as soon as possible. You don’t mean to appear rude or capricious but Bores have the ability to relentlessly waste your time. It is frustrating because the Bore wouldn’t consider that being boring is a remote possibility for them. That time spent could’ve been used to build meaningful interactions with other prospective partners. Its either you abruptly make your exit or take 5 minutes to listen carefully to the Bore and find that one keyword that helps segway an excuse for your escape.

I am very abrupt when I exit boring conversations because honestly they would be so wrapped up in themselves, they might not even notice your exit. However, Shepherd says, “even boring individuals should be treated with courtesy.”

It may be extremely difficult but that’s the art of conversation to the point its a trained discipline as well. Despite how boring a conversation is to me, you have to look engaged: not breaking eye contact, resist from yawning, and always saying ‘excuse me’ before you do leave.