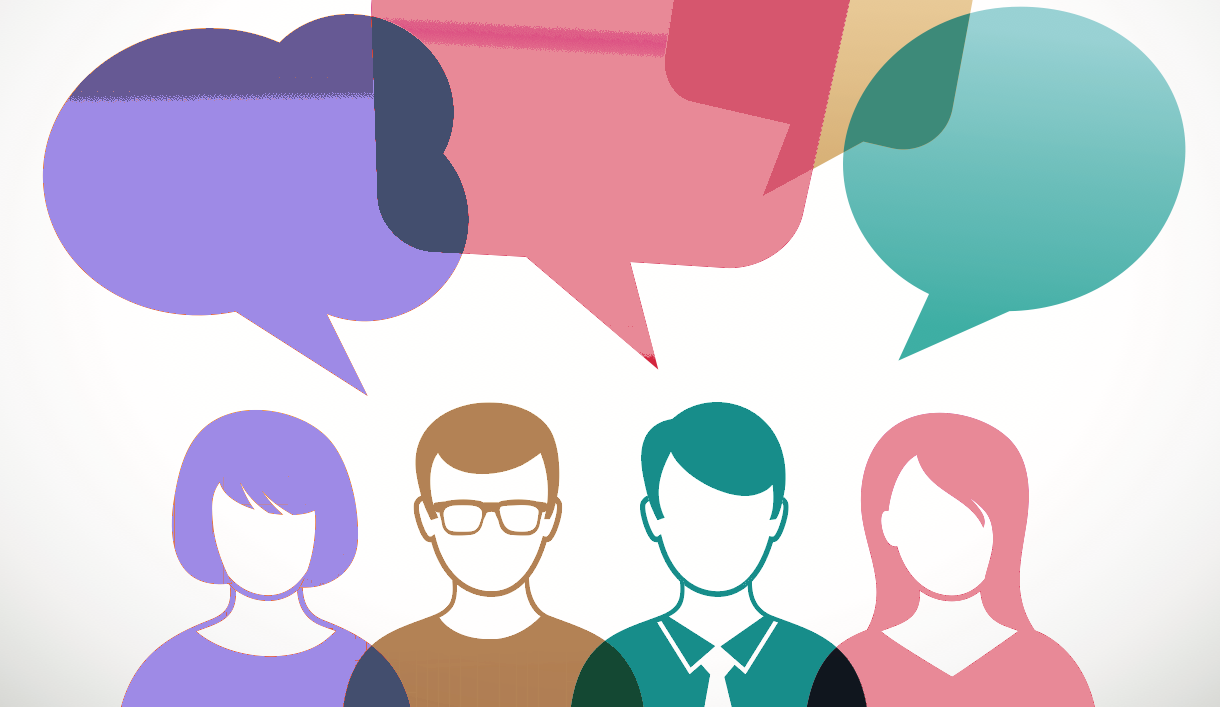 “Conversation lets you be an artist every time you open your mouth — or shut it.”

We are told to listen to the four simple principles of how to become a master conversationalist:

However, Margaret Shepherd goes into more depth of what defines a successful conversation. In her book, The Art of Civilized Conversation, she states conversation is not arbitrary to demands of etiquette but is based on caring about ourselves and caring about those to whom we speak. An eloquent speaker does not require an extensive vocabulary nor the use of a specific vernacular. It is about adapting, staying true to yourself, and conversing with purpose. It is about developing an empathy and enlightenment between your interaction with another person that will benefit all parties mentally, emotionally, and/or spiritually.

The Eloquent Speaker Series on Verge of Verse will allow you to break those barriers that exist among several conversations you will encounter. Whether you’re recovering from an awkward exchange with your ex, seeing an old friend you haven’t spoken to in a while, addressing an acquaintance you don’t remember, or entertaining family guests whom you don’t care for so much, becoming a master conversationalist will allow you to have full control of these conversations and what you plan to benefit out of them.

With The Eloquent Speaker Series, we will highlight and examine Shepherd’s guide on how to express ourselves eloquently through words.

But first, let’s establish what is NOT considered as part of a CIVILIZED conversation:

“Just as the other arts include pauses in a dramatic play, white margins around [the] printed text, and space between a singer’s phrases, [a] conversation is about silences as well as about words.”

Tell the whole truth. Be forthright about who you are. Accept and acknowledge your background, experiences, and accomplishments. We don’t expect you to be an open book, but you should be able to find a middle ground between what Shepherd calls “self-praise and false modesty.” There are many ways people misrepresent themselves, which can skew others’ perception of you. Don’t exaggerate. If you say, “when I lived in England,” don’t forget to mention you lived there for only 3 weeks. It could seem misleading and raise suspicions, especially when you need to explain the truth if it is brought up again in the future.

“Spare thy flood of talk.” —Aeschylus

For those who consider themselves eloquent speakers or those who are comfortable with conversation, it is best to keep phrases short and simple. “I’m sorry I am late. Traffic was terrible” is simple enough. Do not elaborate. “So the red Toyota ahead of me didn’t move so other cars had to move around it. I got out of my car to yell at the other car then I realized I left my keys in the car when I slammed the door behind me.” Although may be true, it piles on suspicion, excuses, and a listener would find you a defensive person.

“Interrupting is the verbal equivalent to shoving.” —Margaret Shepherd

Like how excuses can distract conversation, interruption keeps people from enjoying their balanced exchange. Of course, not all interrupters have bad intentions. Some people just take an immediate interest and are enthusiastic about how the conversation is going. The key is to be self-aware; prevent yourself from interrupting by slowing down. Take time to listen and speak at the right moments. Like the advice columnist, Ann Landers said, “The trouble with talking too fast is you say something you haven’t thought of yet.” In spite of your best efforts and you do interrupt, say, “Excuse me for interrupting. Please continue.”

The questions you ask is what shapes the conversation you get. There’s a whole list of topic starters on the internet if you find trouble thinking of questions. However, that is actually the easy part: asking for their name, educational background, their hobbies, etc. The challenge is becoming an intent listener. It is one thing being a listening post but it is another being an involved and active listener. When you ask a question, paying attention to the response allows you to formulate new interests and follow-up questions.

“Conversation at its best is not a zero-sum transaction.” —Margaret Shepherd

Make sure that neither you nor the other is benefiting the most out of the conversation. Everything should be kept in balance. Conversation is a creative process where you both go back home with a stimulating thought or idea you learned from the encounter.

“Your dress is prettier than Caroline’s.”
“She’s not very pretty.”

If you are complimenting another person on how great they look, talking about appearances can be an uplifting topic. However, this could diminish the civilized conversation into one that limits itself to superficialities. You might run the risk of sinking into the superficial the moment you belittle someone else based on how they look. “The conversation is drained of its potential to become something rich and more meaningful.” These type of comments could expose your moral findings in devaluing a person’s soul, heart, and mind. One-phrase comments are fine as long as they are not the center topic of conversation.

“In China, people ask point-blank how much money you earn but stonewall when you ask about their family.” —Margaret Shepherd

Taboo subjects depend on each cultural custom. For American culture, it would be safe to steer clear of religion, sex, and/or politics. (Once a true master of conversation, one would know how to monitor and eloquently articulate such issues but these are just the fundamentals). In general, unless you know the person(s) extremely well and you are well-versed in such hot-button topics, it is best to steer clear from taboos.

Rule 8: Disagree in a Civilized Fashion

“Just because I disagree with you doesn’t mean I’m disagreeable.” —Samuel Goldwyn

This rule is the most difficult because it is the point of no return when the topic has become heated and shows signs of your opponent’s annoyance. We’ll dive more in-depth later in the series regarding this rule, detailing how to create a productive argument while also disagreeing with your opponent. In the meantime, here are some helpful phrases that Shepherd suggests:

This rule is most difficult to practice because of the levels of complexity depending on the situation. Not only does it require meticulous word choice, but it also requires body language with the right tone of voice depending on the type of disagreement you want to convey. Again, this will be discussed more in depth soon.

“Always consider the possibility that you can bore people.” —Margaret Shepherd

It is important to check your audience to see if they are with you. Are they drifting or gazing someplace else other than you? “You’re almost never boring if you talk less than you listen.” Whether it is the sound of your voice or the content of your contribution to the conversation is not intriguing there are other ways to be engaging: to be an active listener and ask meaningful questions.

The tendency to spread information and control misinformation has been an age-old problem. It may be just part of human nature. Since gossip seems inevitable in most conversations, it is important to be self-aware and pay attention to what you are disclosing. Think to yourself, “Is this person worth breaking ties with if everyone else finds out? Will it upset them?” Though if the roles are switched and you are the listener, it would be wise that you are not the one initiating the topic. However, are you adding fuel to the fire? It is important to stop and check yourself about your intentions before contributing to this topic. Whether you want to dominate the conversation or fit in a group, these can lead to “uncivilized” conversations. You would not want to be caught engaging in gossip for all the wrong reasons.

“The tongue has no bones but is strong enough to lift hearts.” —Unknown

If we look back at history, we see proof of the power of words in creating peace and discordance. Words that can unite people as shown in the Declaration of Independence. Words can also segregate people as we have seen powerful, corrupt leaders espouse propaganda to exploit people’s fears to drive racism and hate. The use of words is an educated mastery in itself; it can mean all the difference between people who get dream jobs based on their character and those who acquire a high education status.

It’s okay to admit and acknowledge that it can be difficult to think of all these DOs and DONTs every time we converse with someone. Even Shepherd says that becoming a conversationalist takes practice. But if we practice and keep these rules in mind, becoming a good conversationalist will soon come naturally.

Next in the series: The People You Meet. What type of conversationalist are you?