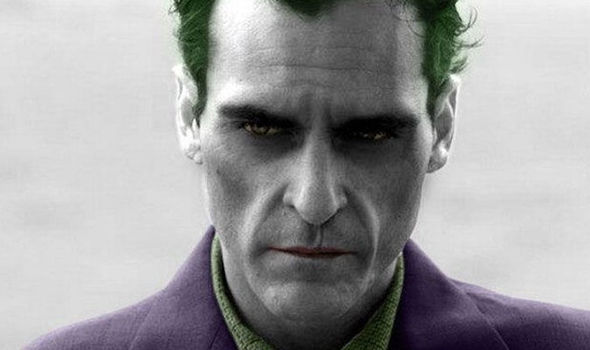 A Film Critique of "Joker"

I loved the simplicity of Joker (2019) and its ability to make something small feel big. The set design and cinematography make Gotham City feel lived in. It’s obviously inspired by the dirty, crime-ridden, New York City of the 70s and 80s, and the films of that time. The film also makes sure to let you know that the titular character is a bad person, but a forced perspective makes the audience have to empathize with him anyway, whether they want to or not.

Arthur Fleck (Joaquin Phoenix) is a 30-something-year-old man underemployed as an event clown. He’s blatantly unhappy, a victim of the system, and of his own mind. Arthur finds salvation in violence. Arthur believes that he is “fighting back” against a system that has failed him by killing three WASP-y Wall Street types, and he basks in the infamy of his murders. Arthur breathlessly watches news reports on TV concerned about a “killer clown” and collects newspapers emblazoned with headlines like “Kill the Rich,” which works as both a bold statement and an eye-roll-inducing foreshadowing (RIP Mr. and Mrs. Wayne).

The murder of privileged white men somehow rallies the city’s disenfranchised to protest inequality in Gotham, and Arthur the clown becomes a hero of the people. By his own admission, though, Arthur does not stand for anything. Yet at the end of the film, he is idolized by men—mostly other white men—in clown masks destroying Gotham.

Arthur’s neighbor Sophie (Zazie Beetz) has a blink-and-you’ll-miss-it role as Arthur’s supportive girlfriend (but not really), and Arthur’s mother (Frances Conroy) is a burden who gets blamed for the abuse that Arthur endures. His mother’s story works on the stereotype that mentally ill people are inherently violent—unsurprising from a movie about a Batman villain—but it’s a tired trope, nonetheless.

The closest antagonist that Joker has in the film, aside from society, is Thomas Wayne (Brett Cullen). Director Todd Phillips makes sure to make Mr. Wayne a bit of an elitist dick so the audience doesn’t feel too bad when he gets murdered, along with his wife, in front of their young son. Which led me to wonder…

Was this a way for Todd Phillips to secretly make a Batman origin movie so that he could play with bigger toys later on? After all, there are huge psychological implications for a young Bruce Wayne to witness a man in a clown mask murder both of his parents in cold blood.

I suppose it would be too much to ask Hollywood for a movie about a comic book villain to have a more nuanced perspective on mental health or systematic oppression.

I don’t want a big glaring message or even a morality tale about a psychotic criminal mastermind. But while watching the (predictable) plotlines unfold in the theater, I kept screaming in my head, “Do something else! Say something else! I’ve seen this done before by better filmmakers, come on!”

I can see how a film like this could disturb and be praised by audiences and critics alike, but I can assure you, Joker’s bark is worse than its bite.