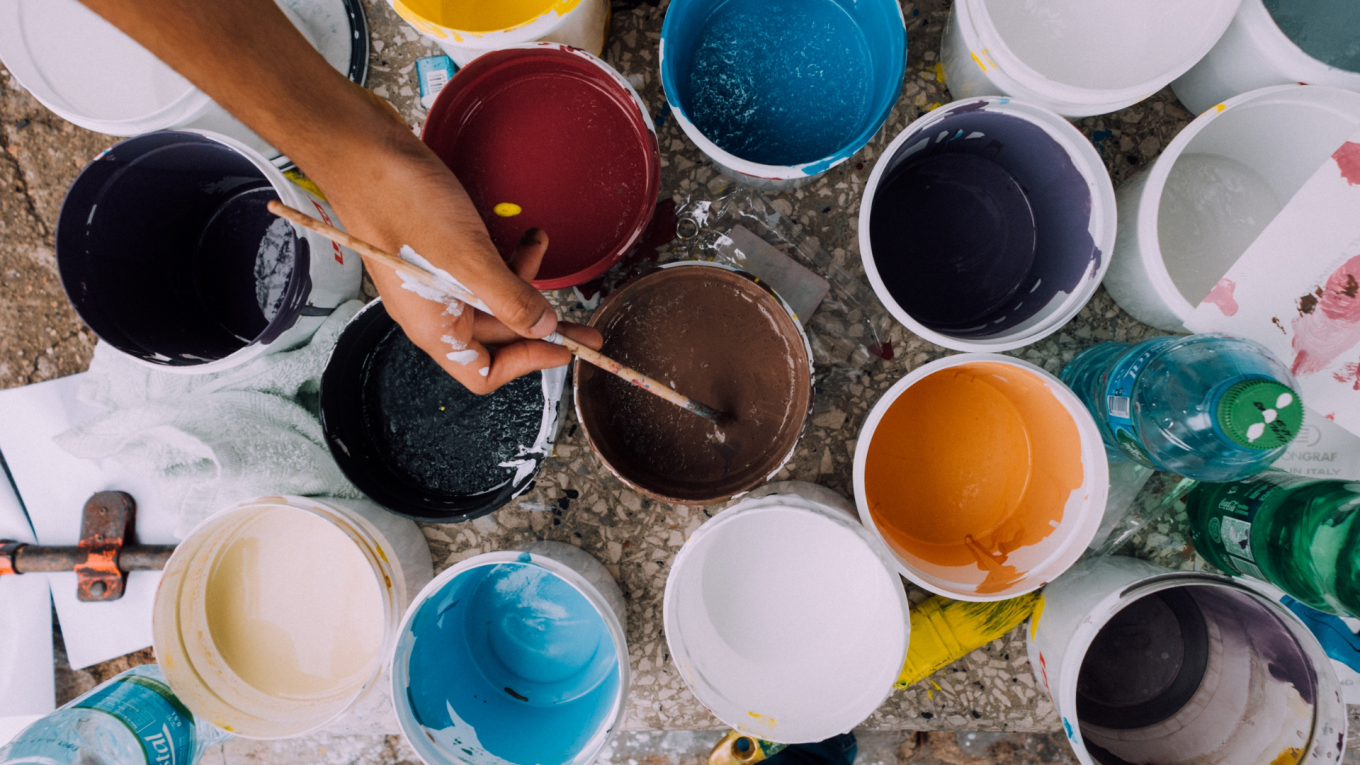 Growing up, many of us imitate our parents. We talk like them, we sit like them; we pretend to put on make-up, drink coffee, and vacuum the floors. Once we’re old enough, we might inherit our parents’ businesses or become nurses like they are. In addition to their personalities, we take on their hobbies and interests. For Sha-Née Williams, she inherited her mother and aunt’s artistry, which she uses to explore her Afro-centric heritage, historical and mythical. She took a deeper interest in her heritage because of an assignment in junior high. Digging into her history for one project wasn’t enough, thankfully; turns out she’ll spend the rest of her life learning and loving more about it.

I met Sha-Née in January at my first PowCon! (well really, my first convention ever)—I immediately fell in love with her portrait of Garnet from ‘Steven Universe’. If you don’t mind the spoiler, Garnet is a powerful, kick-ass fusion of two gems, Ruby and Sapphire. Fused or separate, she’s an amazing character and I will bond with anyone who also admires Garnet.

With just one look at Sha-Née’s art, there is a sense of depth—each of her pieces seems to belong to a trilogy that I definitely would read but she says that most of her pieces, she doesn’t think about; there’s no back story. She starts with a face, a female-presenting one, and goes from there.

She describes her art as whimsical, fantastical; yet to me, they are totally real. Sure, mermaids and water sprites don’t really exist but the Orisha gods and goddesses from the Yoruba people in Nigeria are real because they are a part of her history. They are a part of her family history. Since she cannot go to Nigeria, she’ll have to teach herself the history. She’s made it her mission to grab as much culture as she can. Through her art, she shares this beloved history with her audience. Each painting may be a snippet of Sha-Née’s imagination, but altogether, they tell a grand story of power, grace, and majesty.

What started out as a high school assignment has turned into one of her biggest inspirations. As she explores family history, she also discovers who she is and how she wants to present herself to the world. Too often, even in fantasy, we’re limited to one perspective, one story, one culture, and too often cultures, stories, and perspective that aren’t European are othered—as if Orisha gods and goddesses couldn’t be as popular as Greek and Roman ones.

Sha-Née’s art is so powerful because it’s a representation of both fantasy and reality—Black, African and women of color exist and belong in every aspect and genre of art and to say that they don’t is to dismiss their greatness.

Sha-Née has reminded me that when movies and books disappoint me, all I have to do is return to my roots and find my story there.

CategoriesCreative of the Month