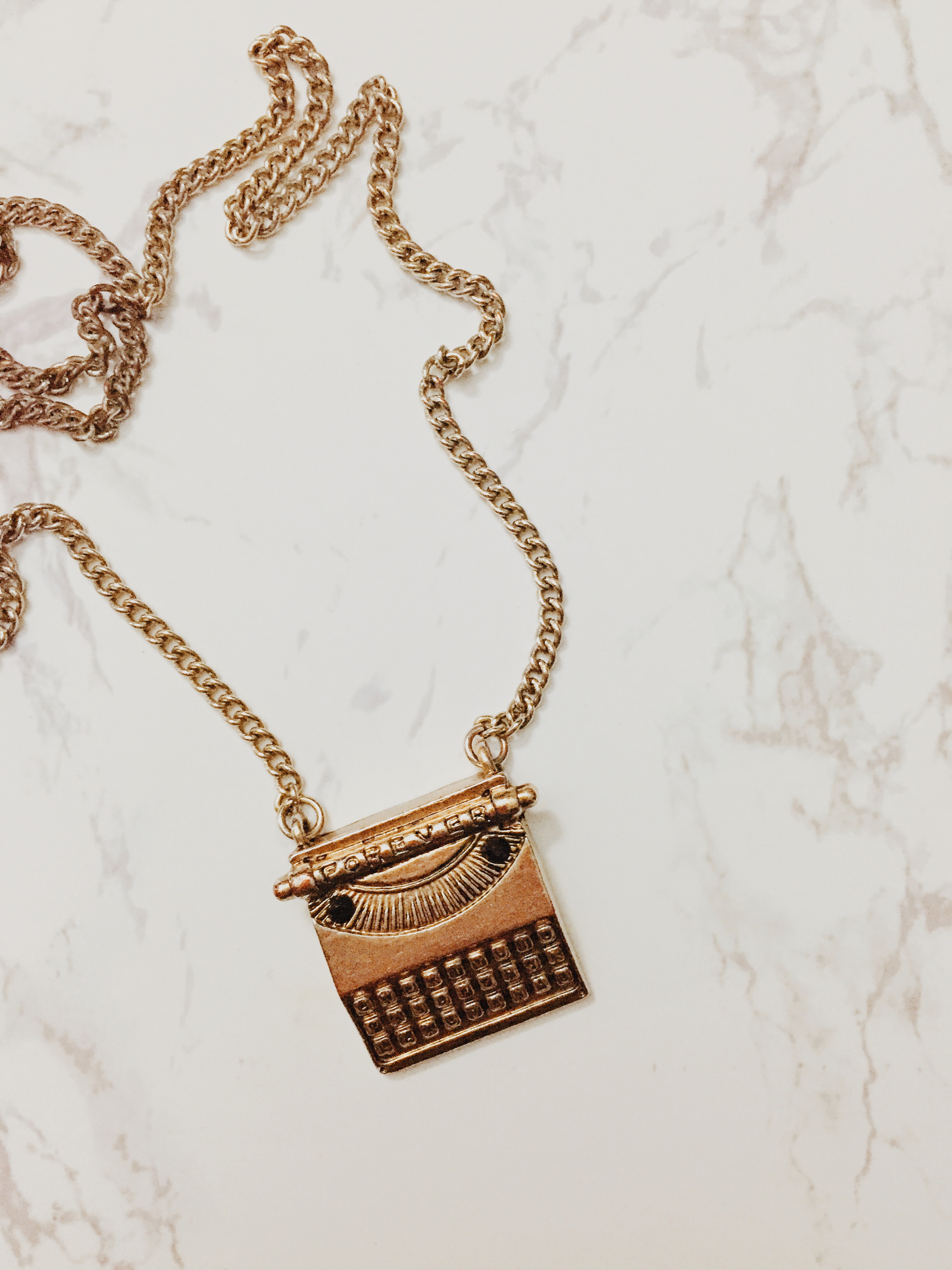 I wrote a short paper during my first semester in Media Studies at The New School: “Why the Typewriter Is Just My Type of Medium.” I’ve always felt wonder at just how fast technology has changed over time, changing the way in which we would transcribe and record our ideas, and the ways in which we communicate with each other. We use word processors on lofty operating systems like Windows 10 or Mac OS (whatever its most recent incarnation), but we owe the ways in which we create new documents on MS Word or on Pages to the typewriter. The typewriter, as I wrote in my essay, revolutionized the creative writing process, as well as opened doors for women to join the workforce as typists and secretaries.

However, I never actually brought up one of my favorite objects to turn to for inspiration within that essay. I am nerd at heart, and having said that, I have a tendency to geek out whenever I come across a vintage piece of technology — particularly typewriters. My fascination with typewriters arose from reading “Harriet the Spy,” a children’s novel about Harriet M. Welsch, a little girl who grew up in New York City and aspired to be a writer. She would keep a journal as she spied on people in her neighborhood and typed down her reports about new events happening around her. After reading that book (I must have been about 7 or 8 years old at the time), I decided that I wanted to be a writer, too.

My father, who works as a lawyer, used to have an electronic Brother typewriter that he kept in his home office in the mid-1990s, which he would use to type information onto forms for his clients. I remember taking it into my room and loading the carriage return with paper so that I could write short stories with it. My father always had to replace the ink ribbons, but he didn’t mind that I used it to write my first (and second, and third) drafts. The stories I wrote never made it beyond the draft stage, but they inspired me to keep improving my writing. Eventually that’s how my interest in the editorial process came about. So when my sister and a girl I used to mentor gave me this typewriter necklace for my birthday four years ago, I’ve kept it close ever since. It’s not an expensive piece of jewelry (it cost around $4 at Forever 21), but it held so much personal and sentimental value for me, since they knew how much I loved literature and the writing process.

At the time I received this gift, I was still a senior majoring in psychology at Hunter College. I was at a juncture in my life when I started questioning whether I wanted to pursue graduate studies in psychology (as my parents had preferred and expected) or if I should create a new career pathway for myself and do what I wanted all along: study media and publishing, and get a job as an editor. Regret was something I knew I never wanted to feel later on in life. It took me a few years longer than I thought to finally get on this path, but I’m glad that I decided to run with it.

I feel most at home with the home row. There’s something therapeutic and satisfying about hearing the tapping of keys on a keyboard — it’s the auditory signal that work is getting done, progress is being made, stories are being written, memories are getting preserved. Whenever my fingertips graze the keys on my typewriter necklace, I’m reminded of all of these things, as well as my personal and career goals. I’m not the superstitious type, and I certainly don’t own a rabbit’s foot necklace in my jewelry collection (though admittedly, I do have a wishbone pendant), but I consider this typewriter necklace to be a talisman for tapping into my creativity.