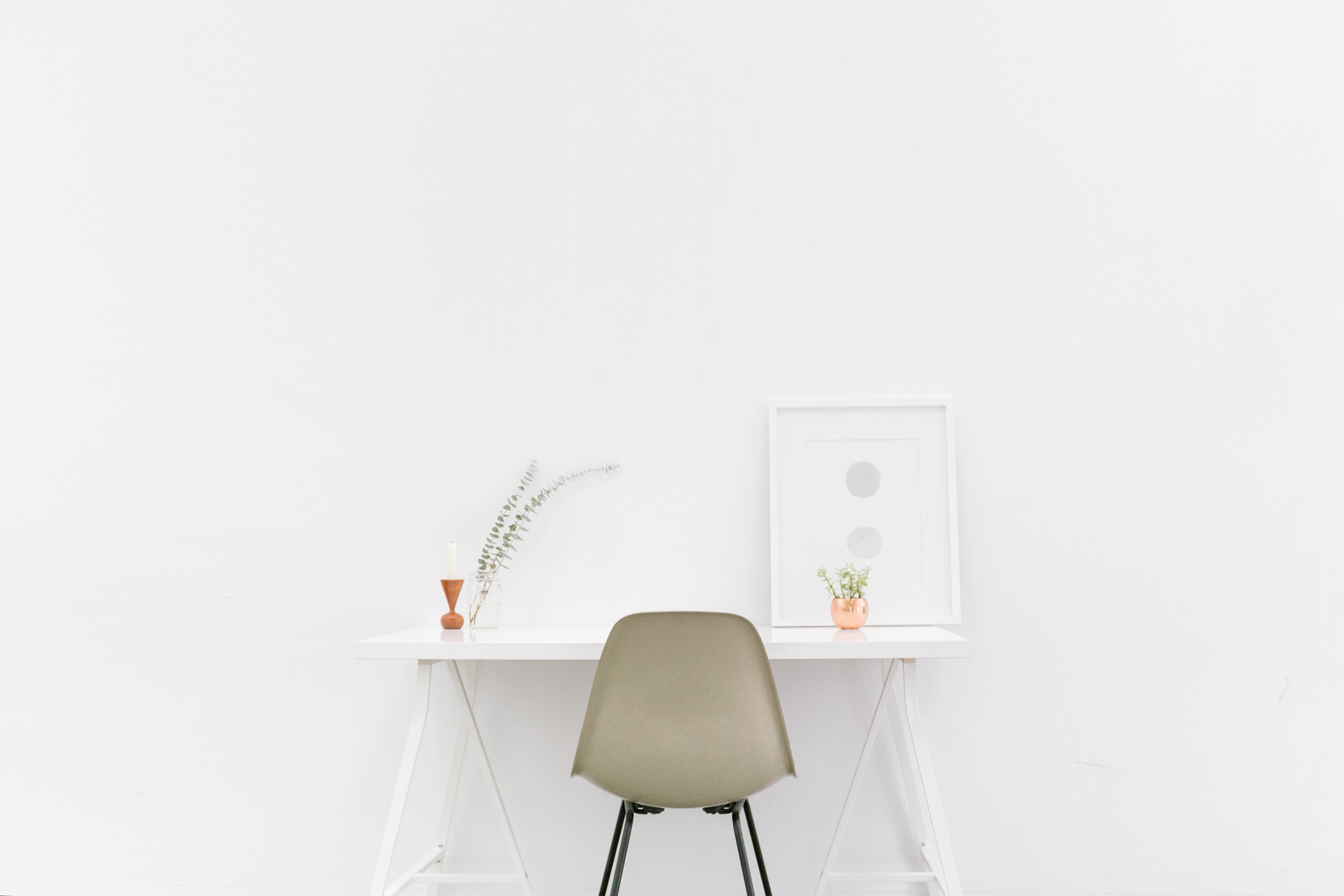 My favorite color is gray and I just started bullet journaling, but other than that I haven’t got the typical, commercialized minimalist aesthetic. Usually, when I come across stark white rooms broken only by plants or a variant shade of white, I often think HOSPITAL. The minimalist aesthetic is sterile. I would actually describe my aesthetic as Mid-century Mediterranean. I love bright, yet deep colors and patterns against rigid, clean geometric shapes. When I see black lines, all I want to do is color it in. Even growing up, I never understood how the clutter in my home was embarrassing to my parents when guests came over. Didn’t we want our guests to know we lived there?

Joshua Fields Millburn and Ryan Nicodemus of The Minimalists write,

That’s a lot to promise but they tempered it by the first statement: “[it] can assist you.”

Before I discovered minimalism, I already cleaned out my effects once a year around my birthday. I enjoy reading old journal entries. It’s calming shredding old bills and bank statements. So when I found minimalism, it only labeled what I was already doing, or at least, hoping to do more consistently, more mindfully.

In Part 001 of this series I wrote my main purpose in practicing minimalism is to achieve some level of Peace of Mind. That I found minimalism helps me recognize the differences between comfort and complacency. That I am not a simple person, but I do have simple needs. Some of the things I need might be ostentatious to others, while to more others I’m practically a monk. In practicing minimalism, I had to research it and what I found were rallies against it:

When the Gospel of Minimalism Collides with Daily Life

Still, critics chide minimalists for a kind of faux self-discipline. After all, if you can afford to toss your stuff, you can probably reacquire it should you change your mind and, say, come to find that your home carbonation system is indispensable. And living minimally isn’t an entirely new thing. Tiny houses are in vogue, but not mobile homes, which have been around a while. As Dak Kopec, an environmental psychologist at the Boston Architectural College explained, it’s “more prestigious to say you live in a tiny home than a recreational vehicle or camper.”

The Oppressive Gospel of Minimalism

Today’s minimalism, by contrast, is visually oppressive; it comes with an inherent pressure to conform to its precepts. Whiteness, in a literal sense, is good. Mess, heterogeneity, is bad — the opposite impulse of artistic minimalism. It is anxiety-inducing in a manner indistinguishable from other forms of consumerism, not revolutionary at all. Do I own the right things? Have I jettisoned enough of the wrong ones? In a recent interview with Apartamento magazine set against interior shots of his all-white home in Rockaway, Queens, the tastemaker and director of MoMA PS1 Klaus Biesenbach explained, “I don’t aim to own things.”

The rallying cry is against its extremism, which unless genuine, is for a privileged class. Some may even argue minimalism is a sort of Eastern fetishism–a westernized attempt at reaching an eastern Nirvana so long as Crate & Barrel continue to sell minimalist products. An architectural, stylistic gentrification. The problem with minimalism, however, is not how much a person should own, or owning the right things. It is the insistence on that owning a few, right things is universal. It’s not. It can be, but it’s not.

Trying to figure out the perfect amount of items and how many of those perfect items I should own is unnecessary, guilt-inducing work and those who insist their minimalism is perfect minimalism actually have no idea what they’re talking about. Today’s minimalism is made up. Its current state is incomparable to its origins. (If you continue reading The New York Times’ The Oppressive Gospel of Minimalism you’ll find a helpful summary of its origins.)

Below is a picture of the current state of my room.

As evidenced in the picture, I am not a neat person. I still have clutter. Sometimes I don’t make my bed in the morning. Sometimes I throw my clean laundry onto the floor because I’m too tired to fold them and put them away. My life just is not Insta-worthy all the time. That’s way too much work, though admittedly, the minimalist aesthetic seems so effortless. It seems easy to own a ten to fifteen items. It’s less to clean. Less to grab when the building is on fire. It’s a method practiced by people who have their ducks in a row, and their I’s dotted and their T’s crossed.

Its ease, however, is deceptive, like how ice skating looks easy but the appearance of ease, of effortlessness, is the result of secret, tireless blood, sweat, and tears. We all love the end result; we cheer Olympic athletes their final performance and criticize them for enjoying their time off as if they didn’t spend the past fourteen years working sleepless nights, working on painful sprains and migraines. The end result should not be praised without also praising the sacrifice it took to achieve it.

If you find that the minimalism often portrayed as modern, trendy asceticism is suffocating, then modify it. Make it work for you. The result of my practice should look different from yours for the very reason that we are different people. We have different needs. We may both want Peace of Mind, but we both want it differently. The inability to achieve that MINIMALIST AESTHETIC/ASCETIC shouldn’t torture you with guilt or failure. Quality versus quantity or less versus more is beside the point. Minimalism is not anti-anything; it should be pro-you.

You should only bleed, sweat, and cry out for things you passionately want; things and philosophies that make you incandescently happy. For me, eliminating my dresser and its contents was far more cathartic than I anticipated, but if getting rid of your dresser is like pulling teeth, then, please, by all means, keep it!

Minimalism can assist, but if or when it does not, feel free to try something else.