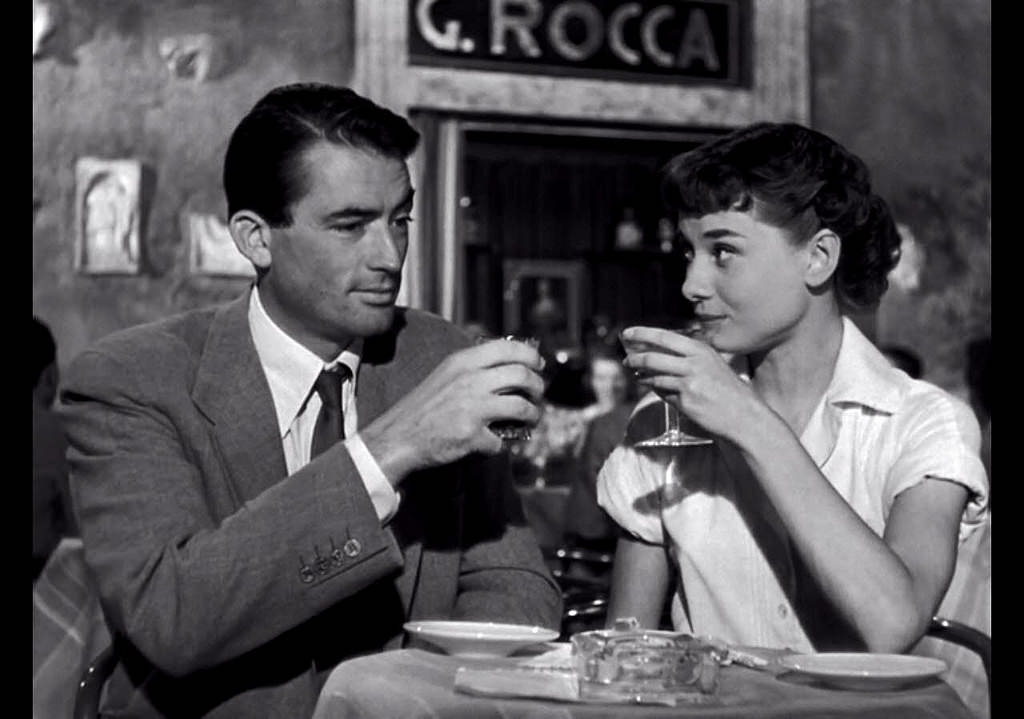 She could tell he wanted very much to be pressed up against her. She might let him. She had no reason not to let him, other than his eagerness. She liked him: he’s fun, and the banter they exchanged amused her, but she’s far from being under his spell. He may think himself a wizard, but she’s armed with several counter-spells; counter-spells not necessarily to deter, but to distract. Although, she couldn’t blame him for thinking he could (and would) charm the pants off her for she matched his every advance without offense or disgust. She felt she had little choice but to match him. In fact, as she observed him and listened to him talk, she realized her habit of matching the humor of every boy with whom she’s interacted.

If the boy across from her made a joke, she obliged him with laughter (although she did legitimately think he was funny). If he made advances, she would smirk, stir her drink, and brush back her bangs with a gentle flick. If he asked her a question, she seriously considered it and provided a thorough answer. She felt she could do nothing else so long as she wanted to be decent toward him. He hadn’t given her a reason to be rude to him, and she didn’t anticipate one; she didn’t expect him to turn suddenly and return a completely different being. She saw enough of him already to know that who is now is who he is all the time. That was what she admired; more than she had admired about any other boy she’d met.

One boy had appeared nervous and shy, but was actually deceptively lascivious: his sweet exterior melting away from the rotting, desperate heap just under the surface. Another had attempted to use his insecurities to make connections, or at least to boost his ego, so she decided to deny him direct compliments and spoke to him in general terms, which, even then, he had failed to understand—his confused looks were enough to disgust her more than the food she’d left cold on her plate at the restaurant she’d chosen because he wouldn’t choose. Still another had complained about what she’d chosen because it wasn’t what he wanted, which would’ve been a fine thing to complain about had he not initially been okay with her choice. His attempts to appease her were clearly insincere; she would have to dismiss him immediately, which she did unhesitatingly. The first of these boys had attempted to change her mind about a religion to which she already heartily subscribed. She was not religious enough for him; not fervent enough, and certainly not suspicious enough of those who might otherwise be demons in disguise.

At present, she continued to listen to the boy sitting across from her. So far, he had done everything a date should do. He was confident without her. He maintained opinions and considered hers with genuine interest. He read books. Decisive, attractive, and fearless, knowledgeable and sincere, she liked him a great deal considering this was just the first date. Already, she could tell he was itching to kiss her (had been since she text messaged him a couple of selfies), which she was sure she’d let him, but she wanted to finish her dinner first—she didn’t want his hard-earned money to go to waste.

Yet, despite being sure of his apparent attraction to her, she could not quite place why he was attracted. For her, it had taken her several months (one of them almost a year) to realize she was attracted to the last couple of men she’d met (one of whom she loved). She couldn’t quite understand what this one saw in her. She was not unreligious like him; she’d never been in any serious relationship like him. She was about to leave her steady job, unlike him who was happy where he was. She could only figure he liked her because she was untouched territory—an adventure to be had; a mystery to be solved; someone who would cling to him during a thriller. He was eager to give love without expressing it…

It had taken her so long to love the last one.

He edged closer to her. She stayed where she was, her fingers pressed over her mouth, dark lipstick staining her unpainted nails. “Am I everything you imagined?” he teased.